Helping the community. One call at a time. 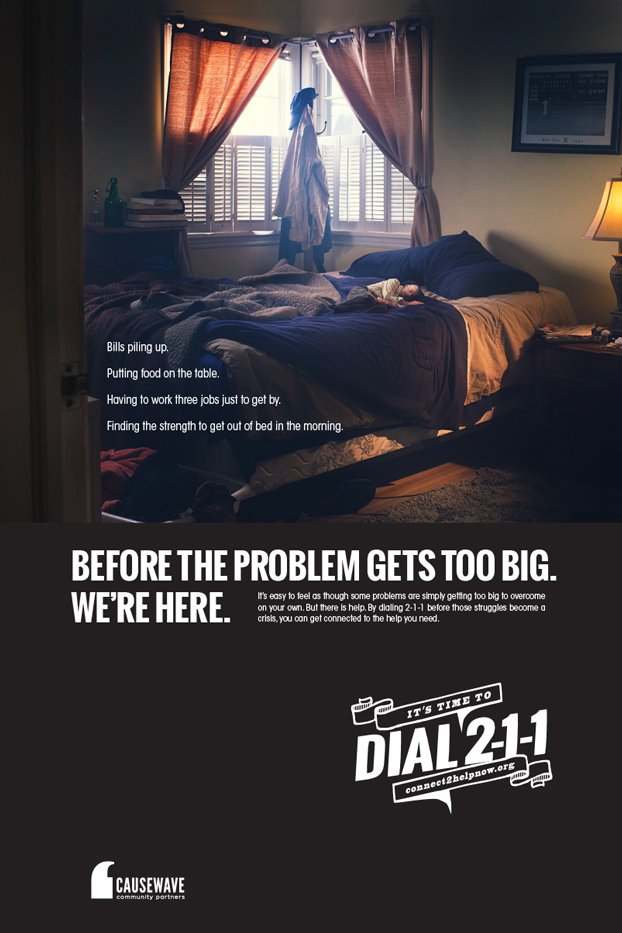 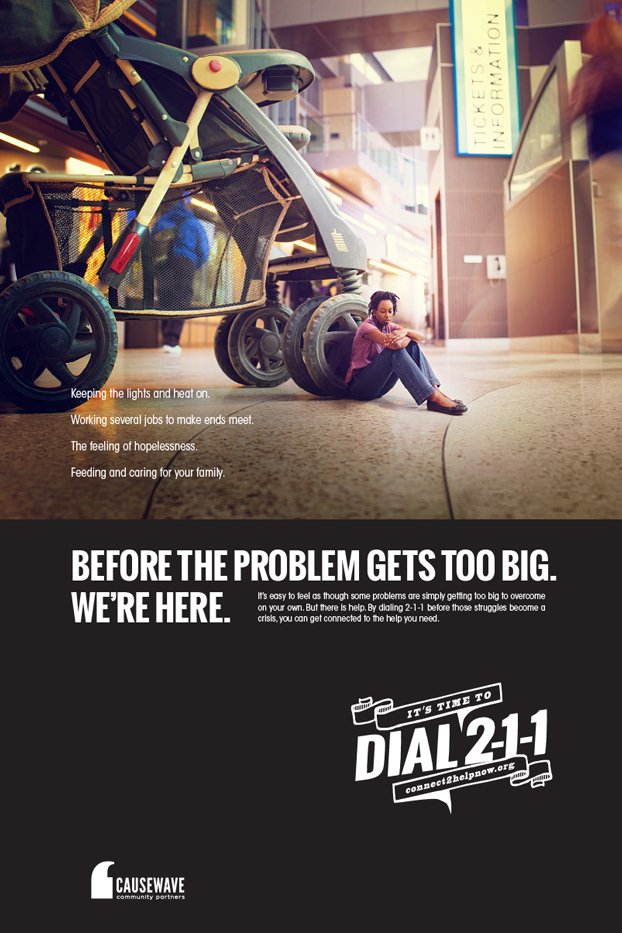 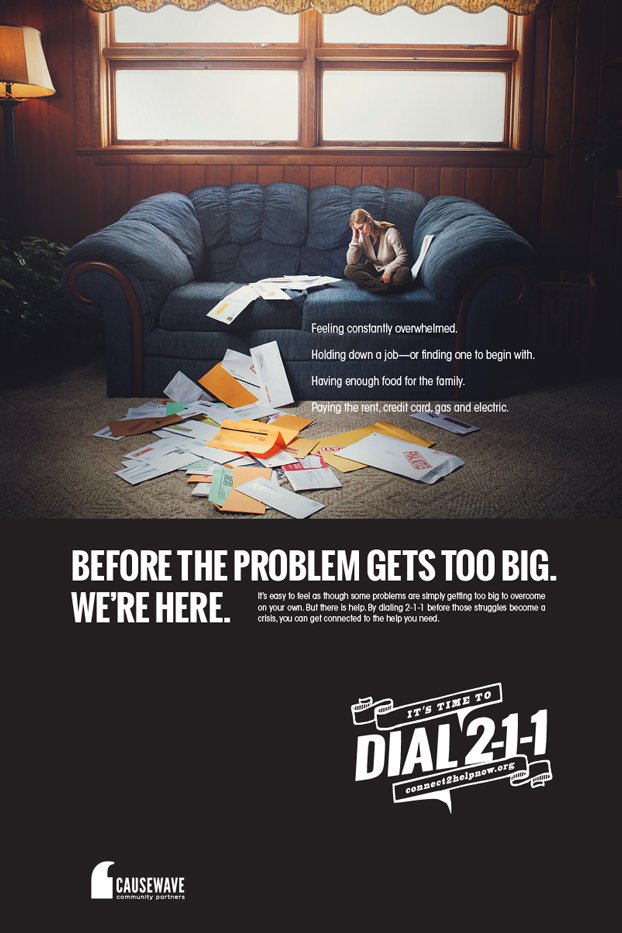 One day the Ad Council of Rochester (now Causewave Community Partners) received a phone call from a distressed woman who was seeking help for someone close to her. Earlier in the day this woman had seen a full-page Early Help Seeking ad in the Democrat and Chronicle, was deeply affected by what she saw and read, and felt compelled to call. Unfortunately, the phone system at her place of work did not seem to permit an outbound call to 2-1-1. After several unsuccessful tries, and seeing the Ad Council logo at the bottom of the ad, she decided to call their office directly instead.

When she saw the ad with the fragile man curled up on the large bed and read the accompanying copy, she realized, “Oh my god. He reminds me of my son.”  She explained to the Ad Council staff that her son had recently lost his job, was in a car wreck, walked with a cane, couldn’t pay his bills, and was becoming increasingly depressed. She had grown very worried about him but didn’t know where to turn. Then she saw the ad, felt some hope, and took the next step of calling, and now her son is getting connected to the help he needs.

Above and beyond data on impressions, page views, or other response benchmarks – how many times do we wonder if our work and efforts are actually having a real impact on people’s lives? It’s phone calls like this that answer that question, and reinforce exactly the kind of return we hope for.

The Ad Council, now Causewave Community Partners, partnered with Brandtatorship to create and execute this awareness campaign for the 2-1-1 resource for people with mental health challenges.  While there are hard metrics to validate the campaign’s success, nothing proves value more than stories like this. 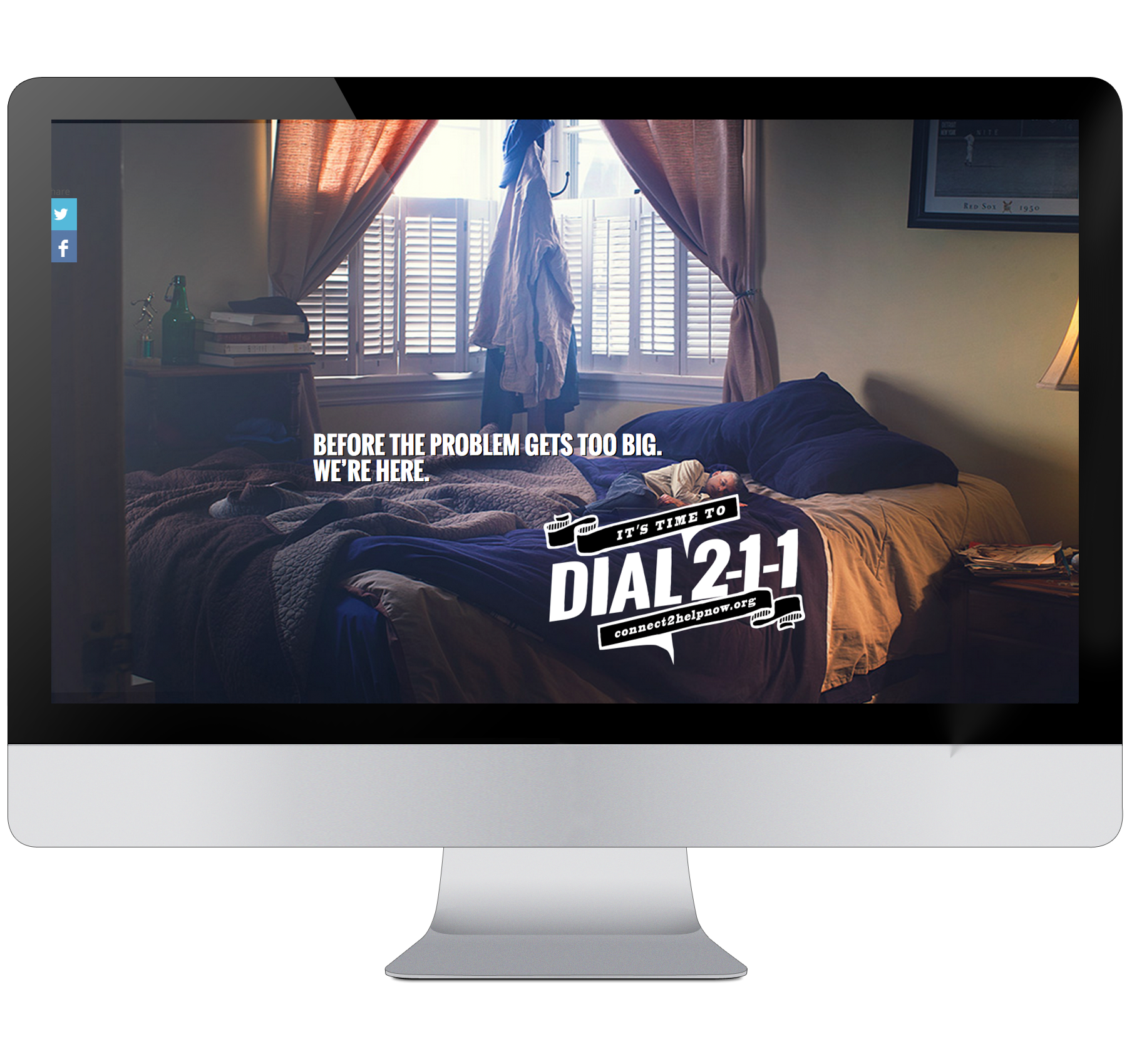 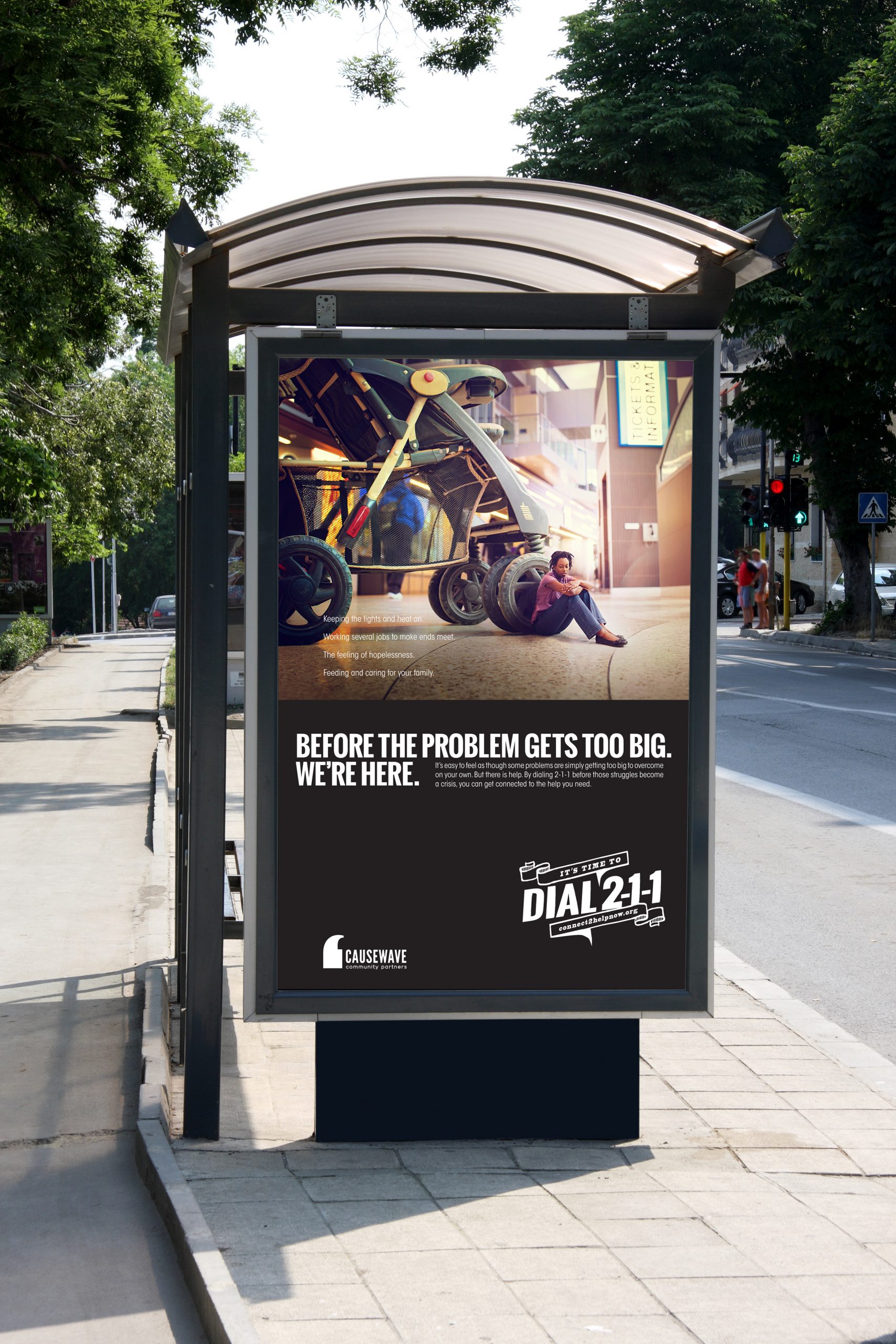